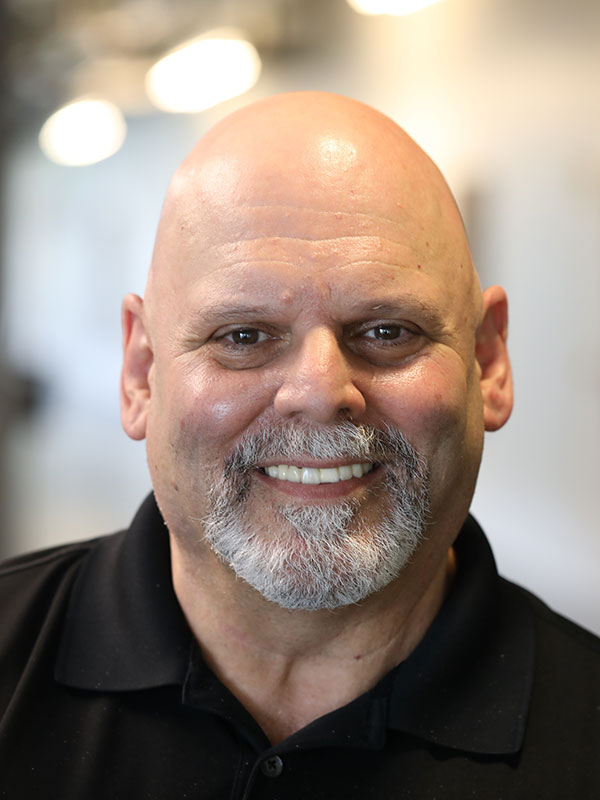 Dr. Carbonara was born and raised in Chicago. He first started studying narrative and documentary television and film production at the University of Iowa, where he earned both his BA and MA degrees. In between these two degrees, Dr. Carbonara was hired to do lighting design for a network syndicated public affairs show for ABC-TV.

He began work as a cinematographer and Director of Remote Productions for Columbia Pictures/Editel Chicago. His film and video production experience would lead him to Sony, where he became the first Product Manager of High Definition Video Systems for the TV and cinema industries and in 1985 worked on the first high definition short film with John Hora, ASC called Arrival, produced by the American Film Institute, starring Robert Downey, Jr.

In addition, Dr. Carbonara worked as the HD technical advisor on the first HD compositing tests done in Hollywood with John Dykstra, ASC. From this experience, he became a Digital HD technical consultant for Apogee, Inc. working with Dykstra and John Erland, Associate Member of the ASC.

Transitioning from Sony, Dr. Carbonara went to teach cinematography and post-production as a Professor of Film and Digital Media at Baylor University, where along with his colleague, Dr. Michael Korpi, he worked on numerous Christian documentaries and experimental HD and film tests for digital cinema over the years for the SMPTE and NAB (i.e., Fast Cars I and II).

In addition, together Drs. Carbonara and Korpi developed the certification process for the Digital Living Network Alliance (DLNA) by using their extensive library of Baylor original HD footage and transcoding these assets into dozens of variations of MPEG 2 test materials. Over the last few decades, Dr. Carbonara, along with his colleague, Dr. Korpi have produced a variety of documentaries and camera test research shorts shot all over the world with their award-winning students along with numerous short narrative films and music videos produced by his classes.

Dr. Carbonara currently serves as a Professor of Film and Digital Media and the Director of the Digital Communication Technologies Project at Baylor University that is currently working on research with the Society of Motion Picture and Television Engineers (SMPTE) and the Hollywood Post Alliance (HPA) about High Frame Rate Digital Cinema Imaging, High Dynamic Range Imaging, augmented and virtual reality, and new immersive visual 3D environments.

He is also Senior Research Fellow of the IC2 Institute at the University of Texas at Austin, a “think and do” tank for creativity and innovation. During his tenure at Baylor, Professor Carbonara served as the Associate Vice-President for Technology Management and Executive Director of the Institute for Technology Innovation Management for the university. He has also served as Chief Technology Officer for the Texas State Technical College System (TSTC) as well as the Director of New Technology and Community Networks for the Cross Border Institute for Regional Development (CBIRD) Project, led by the IC2 Institute of the University of Texas at Austin fostering cultural media arts development and technology forecasting between the United States and Mexico.

Professor Carbonara serves in a variety of capacities (as a co-chair, vice-chair, or member) on numerous state, national, and international engineering committees, working groups, subcommittees, and panels for the Federal Communications Commission (FCC), Society of Motion Picture and Television Engineers (SMPTE), Advanced Television Systems Committee (ATSC), Institute of Electrical and Electronic Engineers (IEEE) and the International Telecommunications Union (ITU-R). He had been a long-time member of the American Society of Lighting Designers (ASLD) started by George Spiro Dibie, ASC.

He also served as a U.S. Delegate appointed by the US Department of State and the White House to the ITU-R on topics ranging from High Definition Television to Digital Cinema. In the March 2000 issue, Texas Monthly distinguished Dr. Carbonara as one of the “…Most Powerful Texans in High Tech.” He is a Fellow of the Society of Motion Picture and Television Engineers (SMPTE) and a member of the Academy of Digital Television Pioneers for his contributions to the development of high definition television.